Home > Trips> Malana Trek – The oldest Parliament in the world 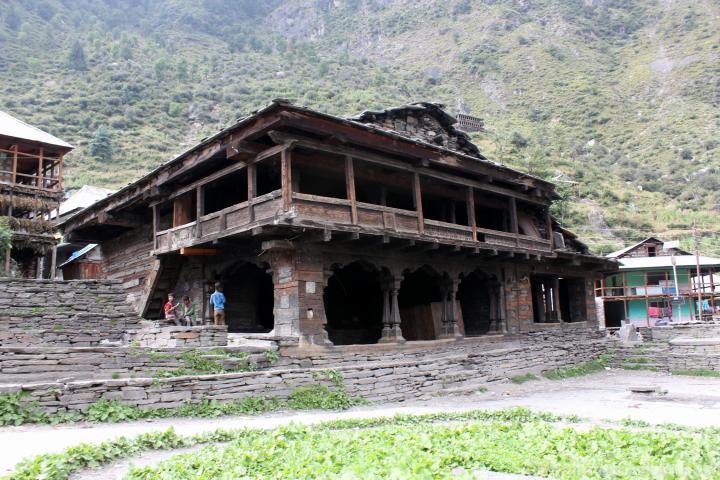 Here we have an opportunity of exploring the famous Malana village situated in Kullu, Himachal Pradesh. It is surrounded by lush green forest, rugged mountain range and dirt track. The most astonishing fact of the village is its democratic setup. The Malana society elects its member to administer the locality in peace. There are two houses of the elected members, the lower and the upper house, and because of this uniqueness it has been the subject of many anthropological surveys. A good trek for those who visit Kullu – Manali but don’t have enough time to go for a long trek.

Below the Chanderkhani pass of the Kullu Valley lies a small cluster of around two hundred stoned roof houses constituting a village called Malana. Its inimitable culture and the temple of the Jamlu distinguish the village. The village consists of 1500 inhabitants and has an impeccable system of administration with a higher and lower court. Guided by the spirit of the village God Jamlu, Malana stands out as an autonomous, self sufficient unit, where inhabitants claim Greek ancestry.

The unique geographical location of Malana has preserved its biodiversity and it is an ecologically heaven. Malana is connected to Kullu by three mountain passes. It can be reached from Parvati valley crossing over the Rashol pass (3180mts.) and via Nagger over the 3600 m beautiful Chanderkhani pass. The easiest way to Malana is from Jari, which is only 23 km far.

For the outsider, there is a long list of do's and don'ts to be followed in the village. The people are friendly but guests are told to keep distance and not to touch anything.
The language of Malana does not resemble any of the dialects spoken in its neighborhood, but seems to be a mixture of Sanskrit and several Tibetan dialects. Two important festivals are celebrated in Malana. The one, which is called Budoh Mela, is celebrated in August and the other, called Fagli mela, in Febuary.

Day 01 Manali to Nagger (1740m) 21km Drive then trek to Ghoni Karadi (2578 m) 4 hrs
From Manali we drive 21 km on the left bank of Beas River, which presents spectacular sights of the villages along the way. In Nagger we visit Nicolas Roerich (Russian) art gallery and Nagger Castle and start the trek to Ghoni Karadi, a gentle climb through apple orchards and the lovely village Rumso.
Day 02 Ghoni Karadi to Base of Chanderkhani pass (3600m) 5hrs

Today we have an easy climb through the forest of conifer to alpine meadows, which offer a magnificent view of the Pir Panjal Range and peaks rising up above 6000 m.

A lovely trail, which leads to the pass and offers splendid views of the Dhaula Dhar Range, Parvati Valley and Malana Valley. We descend to Malana. In the evening we visit Malana Village and explore the local life.

Today we walk through the forest of deodar and cross the Parvati River before reaching Kasol. We drive to the hot spring of Manikaran, where we can enjoy a nice hot bat; then drive back to Manali.

All bookings for the tours/treks/camps/ with Himachal Tour and Treks, hereinafter referred to as the "Company" are subject to the following conditions: